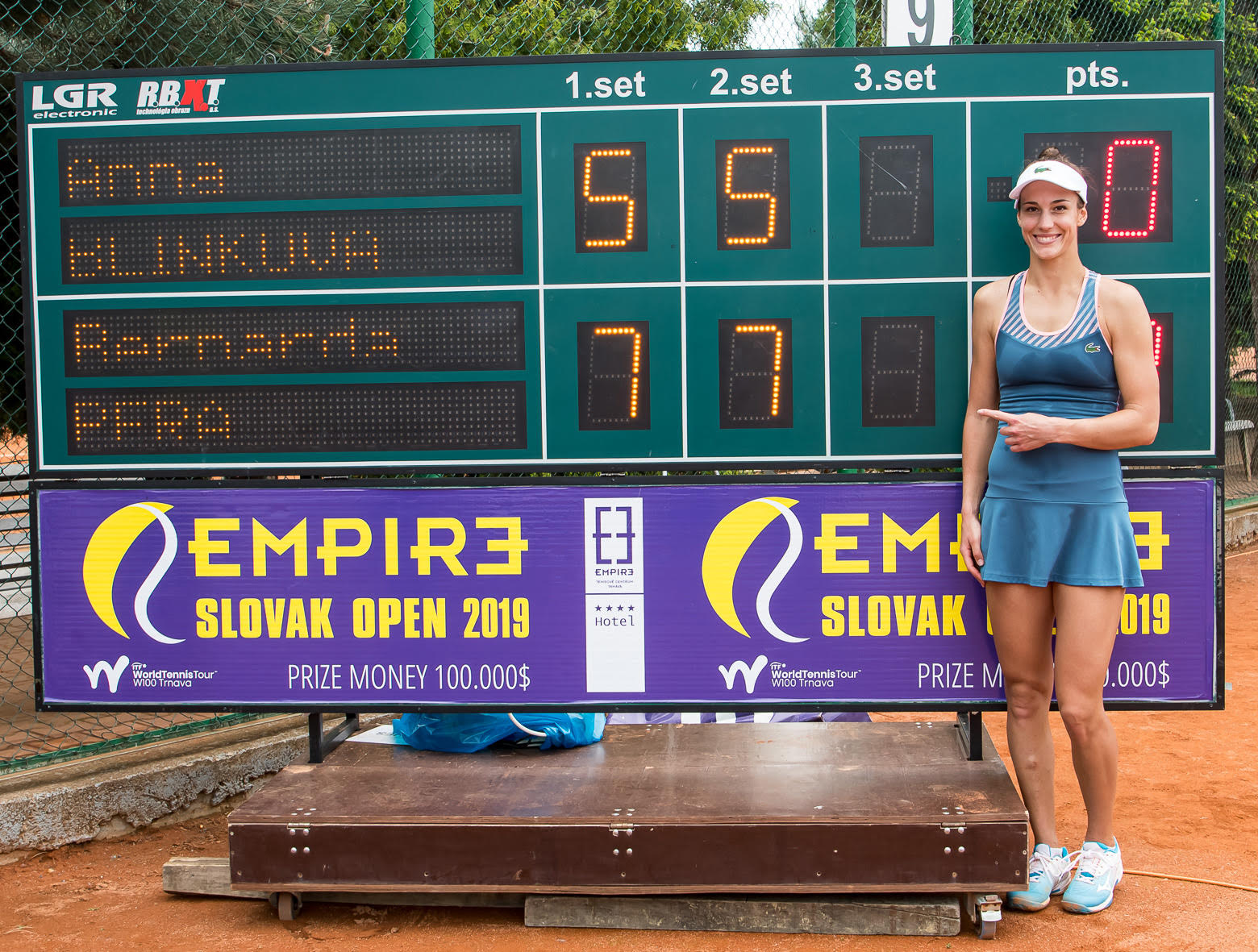 Second seeded Pera confirmed her favourite role in the final and became the first American in history to triumph in Trnava in this tournament in singles. “I think I fought very well. Anna is a great player, so for both of us it was a tough final. I didn't expect from her to play so well. Even after some of my great shot she came with something extraordinary,” praised her opponent Bernarda Pera.

Pera is happy she was doing so well in Trnava and she appreciated also the better weather in the end of the tournament. The first days the rain caused problems with tournament schedule. “In the end, I felt good here. It was cold at the beginning of the week, but I'm glad it finally got warmer and we all played better since then,” the winner continued.

The American player moved to Paris from Trnava, where she has played in Grand Slam Roland Garros. She advanced to the Main Round, but then she was eliminated in the first round by Ukrainian Kateryna Kozlova (2-6, 6-7).

Blinkova: It was a good final

Of course, the Russian tennis player and member of the Trnava EMPIRE Tennis Academy felt sadness after the final. “It was a good match. I did everything I knew on the court. I was a little tired because I played doubles in the finals yesterday. It was a pretty tough tournament for me because I had to play also three sets matches. However, I have to be happy with my game,” said Blinkova.

Russia also praised performance of her American opponent. “She played very well, she was aggressive, quick, had many winners. She served well and as she is left-handed it was more difficult for me,” she said.

“But every year I come here, it's better and better for me. Last year I played semi-final in the singles, now I was in the final. I am very happy here and I always have a good feeling from this tournament,” concluded the Russian tennis player.