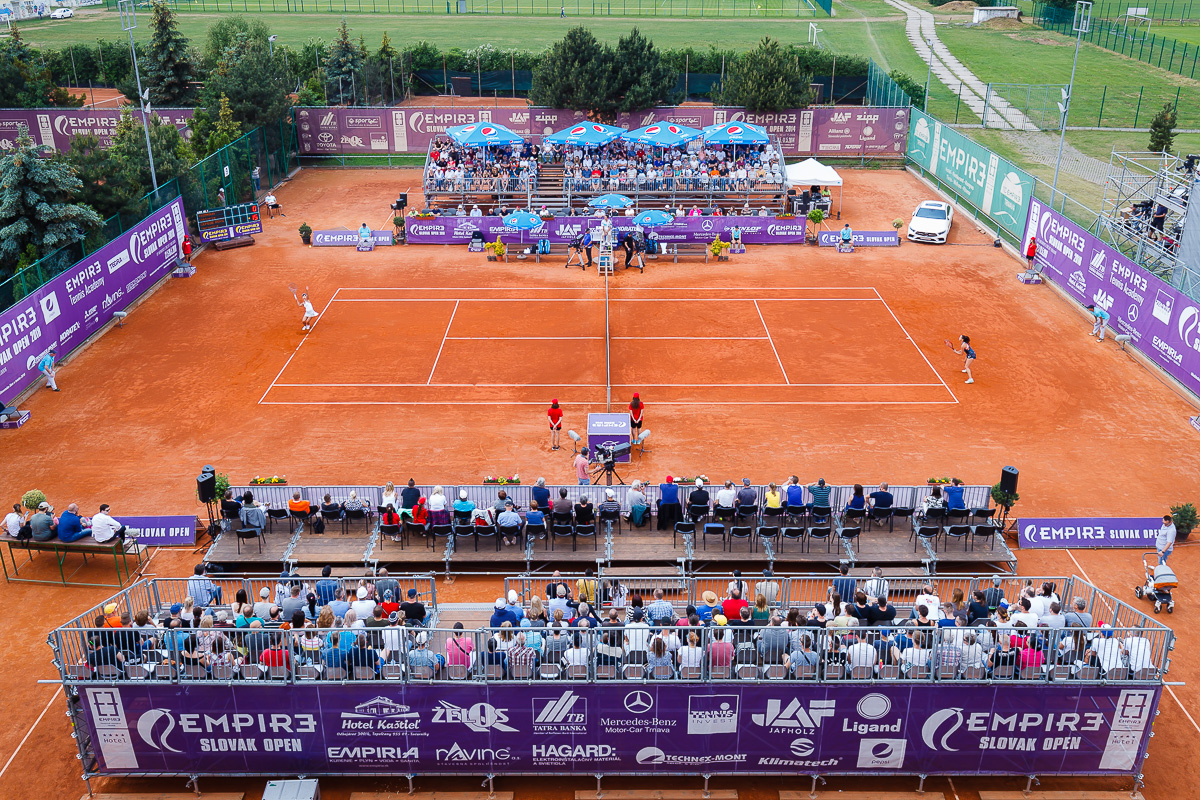 Women’s EMPIRE Slovak Open being held in May 2019 will be again the biggest women's tennis event organized in Slovakia. From season 2013 it’s an official International Slovak tennis Championships played outdoors. This tournament is played for 11th time at EMPIRE Tennis club on number 11, Hajdoczyho street in Trnava.

This event brought to Trnava top players from the WTA Top 200 during the last 10 years. Tournaments funding from 2015 was increased to the current 100 000 USD which means it belongs to the biggest and most prestigious ITF events of the calendar.

EMPIRE Slovak Open after 4 years of waiting knows again winner from Slovakia. The biggest clay court event in Slovakia, its 10th edition, was dominated by 20 years old Viktoria Kuzmova, who overwhelmed in the finals Veronica Cepede-Royg of Paraguay in 3 sets 6:4, 1-6, 6-1. It is the most valuable title of her career so far.