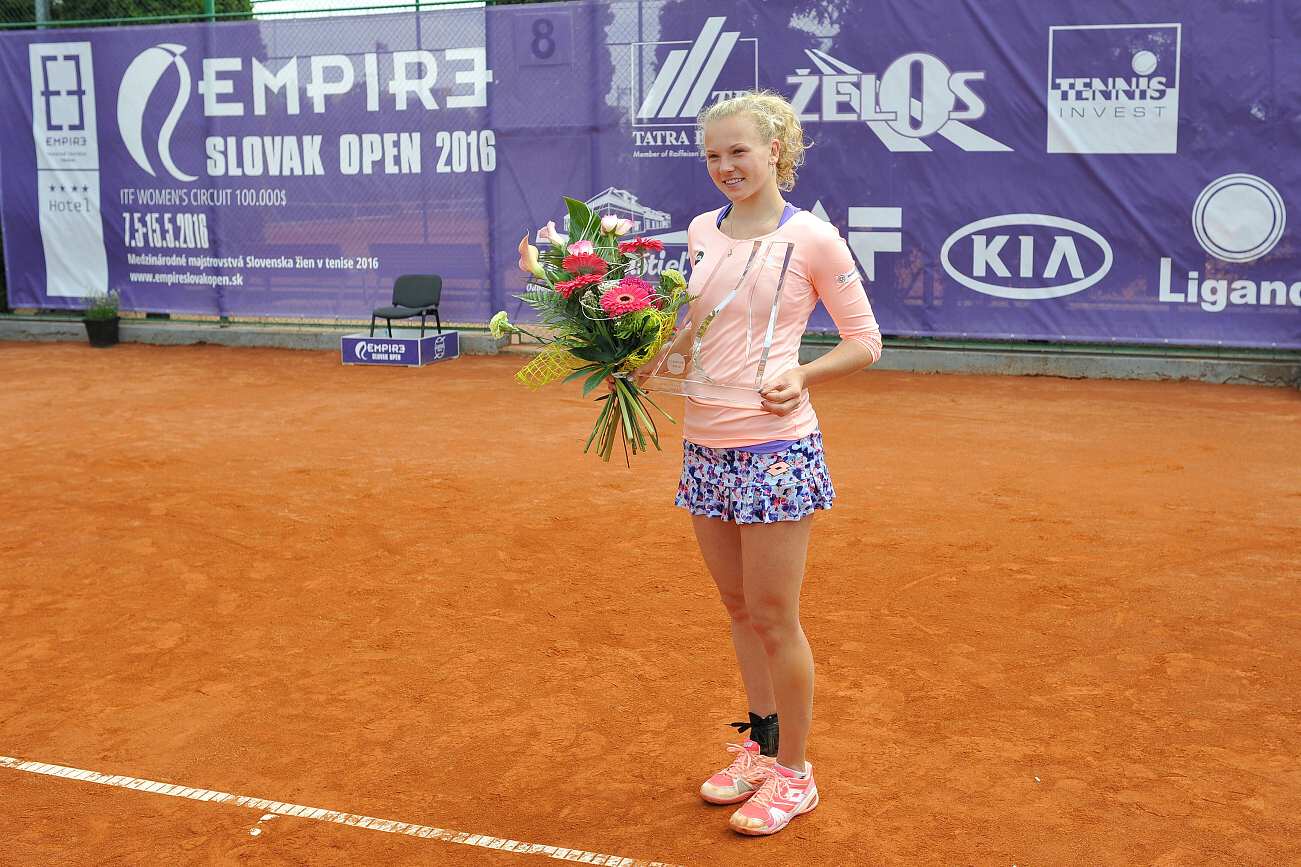 Siniakova lost lead in second set, being 5-1 up. She made nine double faults. After Strycova win in 2013, this is second Czech player to take the title from Trnava.

Hradec Kralove born Siniakova won her seventh singles title under ITF. This is her most prestigious title, first after two years. Two years ago she won 50K tournament in Nantes. For her win, she will receive 15 200 USD and 140 points into the ranking. Finalist Sevastova receives 85 points and 8108 USD before taxation.

Siniakova was up in the final match 7-6(4) and 5-2, her Latvian opponent got back into the match. "I am very happy, especially after that bad second set. Sevastova played very well, she plays very technically. I helped her a lot in second set, especially after being 5-2 up. I did not win my serve, then she was on fire. Nervous were there, it was not easy. I could not get into rhythm," said Siniakova about the beginnig of the match.

"In the third set, I had break up, I tried to take the match, I did my best. I tried to forget about that lost second set," continued the winner. She takes 15 200 USD and 140 points into the WTA rankings. Sevastova earns 85 points and 8108 USD. "I played here third time, I really like it here. When I was youger, I played in TC EMPIRE some youth tournaments. It was very pleasant week,“ added satisfied Siniakova, who is already on her way to play Roland Garros qualification.

Slovakian player has also title from EMPIRE Slovak Open 2016. Tereza Mihalikova is the happy player together with Anna Kalinskaya, they beat Sevastova/Rodinoa in the final in two sets 6-1, 7-6(4). Mihalikova lost her first round singles match against Sevastova earlier in the week. "I did not consider it as revenge, we wanted to win the match, they were favourites. When we play together with Anna, we are not nervous at all, even if one of us does not have a good day, we support each other. We enjoy it," said happy Mihalikova, who really likes playing doubles.

"I love playing doubles, i tis great fun. I do not mind being doubles specialist. We played four tournaments with Anna, winning all four. We laughed about Hingis and Mirza, they should take us seriously. They won 41 matches in a row, we still have some wins to make to match that," she added with smile.

EMPIRE Slovak Open 2016: How It All Happened!