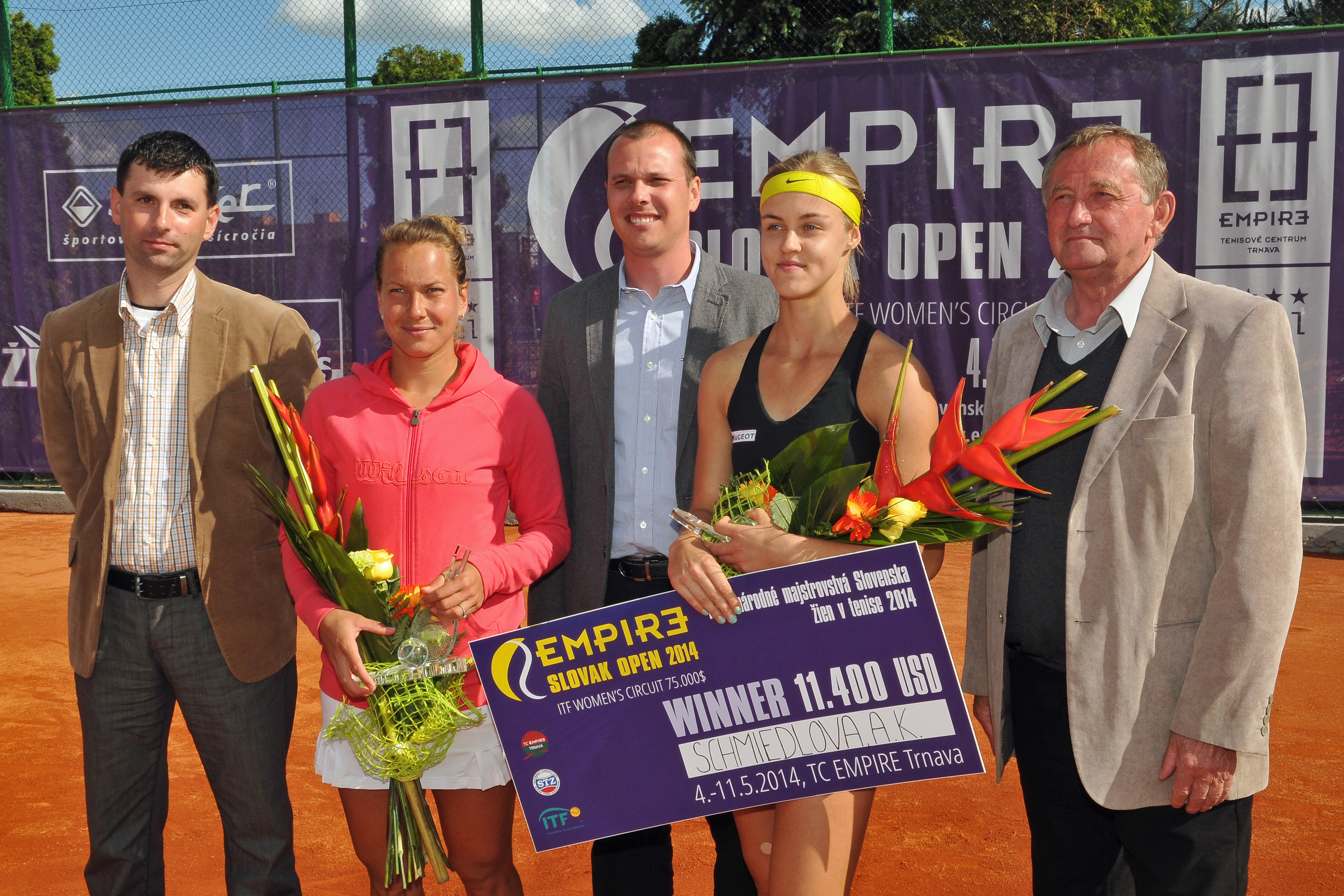 ITF EMPIRE Slovak Open 2014 has the winner from Slovakia for the first time in its history. The title belongs to Anna Karolina Schmiedlova from Kosice, who has won the final against Barbora Zahlavova-Strycova of the Czech Republic 6-4, 6-2.

The Slovak tennis player Schmiedlova has won the biggest tournament in her career so far. The ITF EMPIRE Slovak Open is the biggest women’s clay tournament in Slovakia also. „I have believed that it could happen once. It was a smaller tournament in the previous years but it’s 75 000 USD tournament now with great players from the Top hundred. Before the start I have had said that I will see match after the match what’s going to happen. I didn’t believe that I could win. I have had hope in the semi-final. I was satisfied with that already. I’m very pleased and surprised that I’m the winner of this tournament,“ commented Schmiedlova.