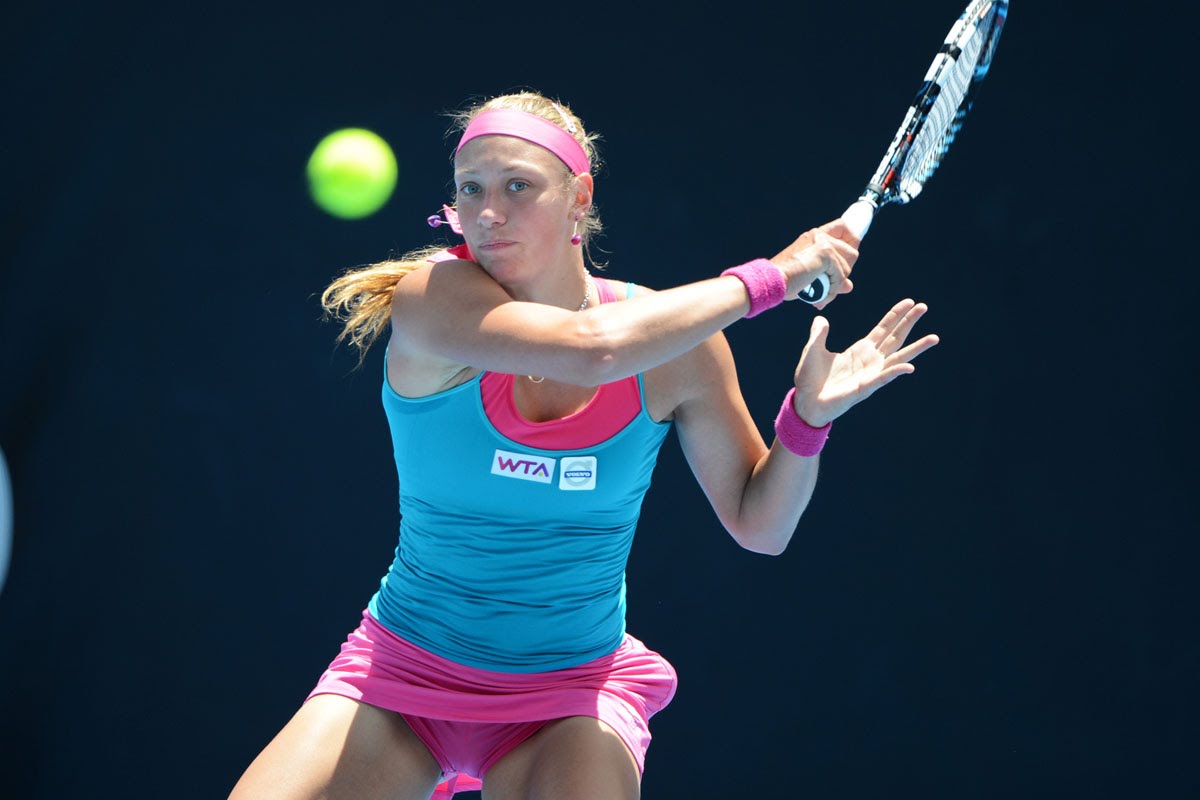 "I have not played any tournaments because I had a wrist injury that has been bothering me since the start of the season. Since it was a stress reaction of the bone, I had to take some time off."

We saw special recovery and rebuilding strength of your wrist with the new Exogen 150 on Facebook, can you tell us more about it? How did it help exactly?

"The new Exogen technology helps me to recover the bone better and faster. It has been very useful throughout my rehab."

By the way, you are very active regarding social media; do you like to be in contact with your fans this way? If yes, why?

"I think it is very important to be in contact with my fans and give them background scenes and next to the court image. We also have a life next to the court and they never get to see it. And that is my way of sharing that with them."

Your coach is Nicolas Beuque from France. How long have you two been cooperating? And what kind of coach is he, how did he help you to be a better player?

"We have been working together for more than a year now and I feel like he really understands my game. He knows where I want to go and understands what it takes to get there."

Where do you have your base for training and preparation? How often do you spend time in Mouratoglou Tennis Academy?

"My training base is in the Mouratoglou Academy in Nice. Whenever I have more than a few days of practice, I will always go there for training. It feels like my second home and I really love it there."

You were working with the Slovak coach Vladimir Platenik twice, in the years 2011 and 2013. What kind of coach was he?

"Vlado was a very technical coach and I learned a lot from him during the time we worked together."

You played in Trnava once, in 2015. You won against Vogt but lost to Ostapenko in the second round. How do you recollect these matches?

"I remember playing the tournament a few years ago and Ostapenko was a young upcoming player who had nothing to lose back then and played a very good match."

How did you feel in Trnava and in the TC EMPIRE club?

"As I remember, the facility was great."

You were No. 12 in the WTA rankings in 2010. How do you remember this part of your career?

"Of course I remember how it feels like to be as high as number 12 in the world but I enjoy playing much more now than I used to when I was younger. The ambition and motivation are still there, so I can improve and get back to the top level."

The US Open 2009 and the singles semi-finals. Has this been the best moment of your tennis career so far?

"US Open 2009 will always have a special place in my heart, it is the moment I will never forget, but every win and every title will always be special."

How good do you know Slovak tennis players, men or women?

"I have been on Tour for a while so I do know a lot of players. I grew up playing juniors with Dominika Cibulkova and got to know Daniela once I turned pro."

What is your main goal this season?

"My main goal is to stay injury free and take it one step at a time."

Belgium team has won against Russia in Fed Cup recently and you have advanced to the World Group... What do you think, why Belgium won, what was the main reason?

"The team did an amazing job beating Russia. We are known to be the big fighters and that fighting spirit was the key that weekend."