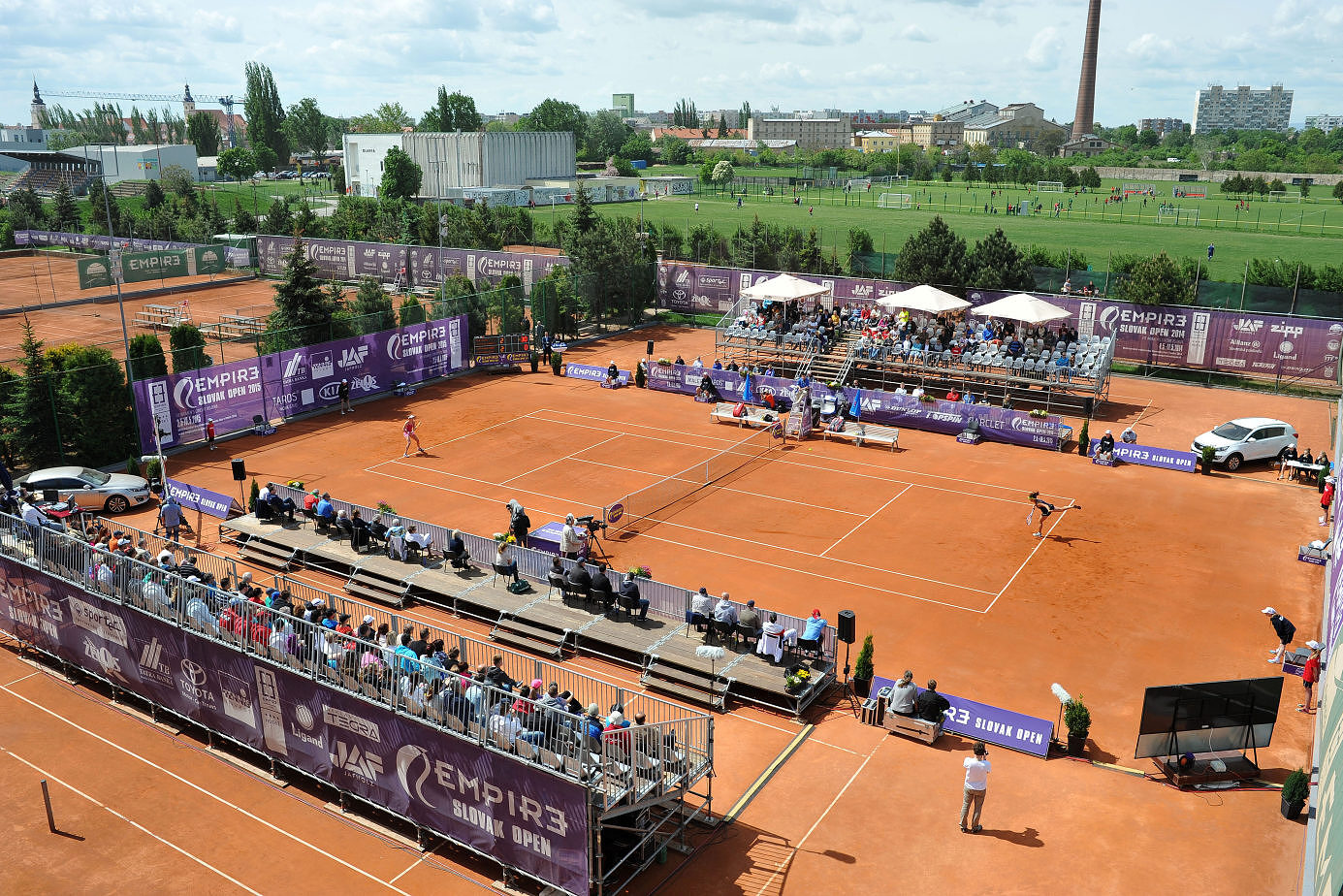 In the season 2016 the tournament EMPIRE Slovak Open held in May in Slovakia (town of Trnava, TC EMPIRE club) will be the biggest women‘s tennis event which has been proud of the name International Women‘s Tennis Championship of Slovakia since 2013.

During the past seven years the event has brought excellent performances of many Top 100 WTA Ranking Players and gained a stable place not only in Slovakia but also on the world stage. Due to its increased prize money of 100.000 USD it belongs to the world‘s largest and best ITF tournaments. Recently, the top players already presented their mastery on clay courts of our tennis complex, for example Karolina Pliskova, Anna Karolina Schmiedlova, Daria Kasatkina, Barbora Strycova, Simona Halep, Klara Koukalova, Janette Husarova, Urszula Radwanska, Lesia Tsurenko, Yvonne Meusburger, Yanina Wickmayer, Jana Cepelova, Sandra Zahlavova, Anastasija Sevastova, Michaella Krajicek, Shahar Peer, Karin Knapp, Lucie Hradecka, Julia Glushko, Tereza Smitkova, Denisa Allertova, Jovana Jaksic or the last year winner Danka Kovinic.
Every year the top young talents of this sport from Slovakia are given the opportunity to play besides the well-known names. EMPIRE Slovak Open has reached the hearts of not only the players, but also of all the fans who create excellent atmosphere during the tournament. Reportages on the event regularly appear on the screen of the largest Slovak TV stations as well as in the press or on the Slovak or foreign websites.