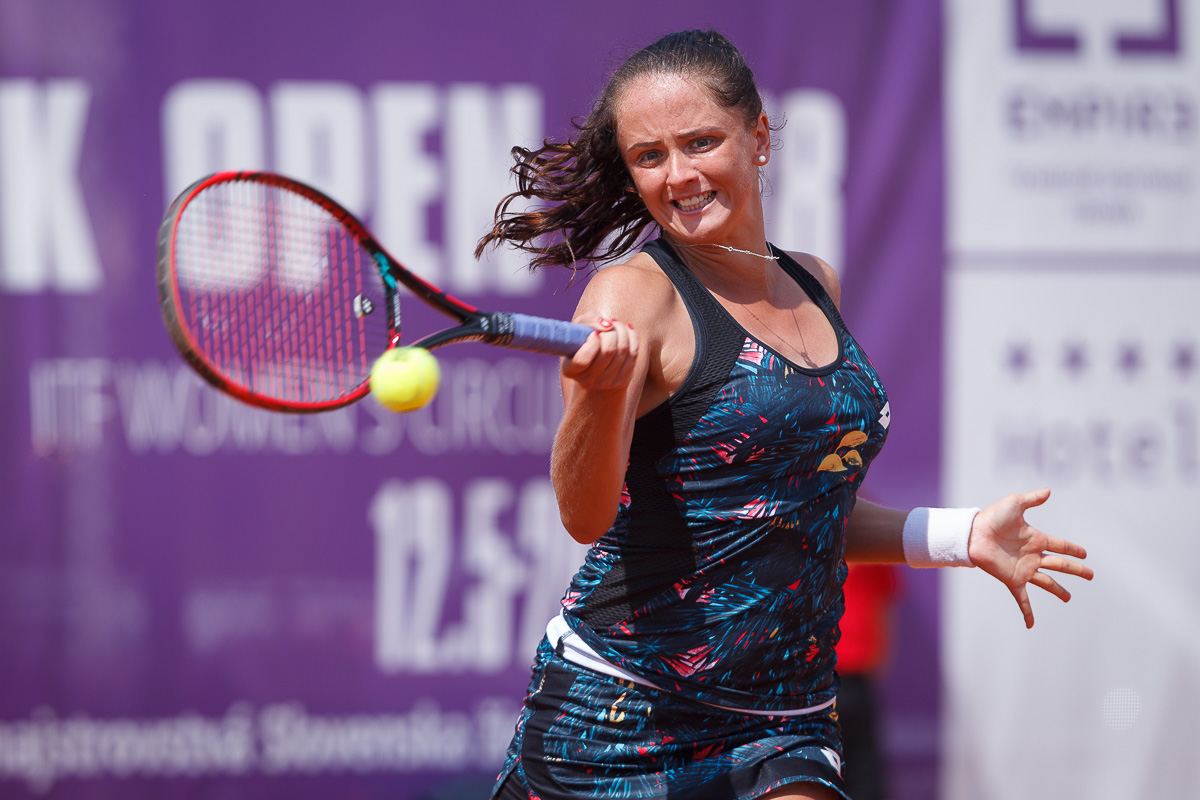 Kuzmova did not start the match well when she was behind 0:2, 1:3 and 2:4 but finally turned round the first set. Second set went for her opponent but final set went for Kuzmova 6:4. "It was incredibly difficult match, I was tired from yesterday. Although she did many doublefaults today, she also served well. She sometimes served a serve where I did not know what to do with it. Especially the second one. It was one of the most difficult matches at this tournament. It was played fast, and my opponent played very aggressively," said Kuzmova who was very tired after yesterday's 2 matches played in 1 day. (2nd round and quarterfinals played in one day).

"I fell asleep in 5 minutes. I was very tired. But I quite well recovered. It's not easy, but when I feel good on court, everything is going for me and serve is working, it’s perfect. I'm glad I won today."

She also enjoyed home atmosphere. "It helps me when spectators are on my side. It's superb. They supported me great, I thank them for it."

She faces Veronica Cepede-Royg of Paraguay in the finals tomorrow. "I will definitely give everything in the finals, I want to win it. I think it doesn’t matter of my opponent, I need to go on court and give it everything," confirms Kuzmova, who now reached top 100 in the WTA rankings. "I am not really following that but I think I should be there indeed."

Kuzmova is now first substitute for the Roland Garros main draw. "I am still waiting for someone to pull out of Roland Garros. I'm first on the waiting list. When I don’t move into the main draw, I will go to Paris immediately after the finals in Trnava and will play in qualification," she added.

Cepede-Royg of Paraguay sees in her Russian semifinal opponent Blinkova good player with a future.
"She is a good tennis player, she was playing good tennis today and has a great future ahead of her but she was a little bit tired from yesterday when she had to play two singles matches in one day. I think I made a good performance today," said Cepede-Royg who is again in the singles finals in Trnava. Last year she lost to Czech Marketa Vondrousova in the finals. "I am in the finals again, I'll definitely go for the title, and we'll see what’s going to happen. I'm very happy to be there and will fight as much as I can."