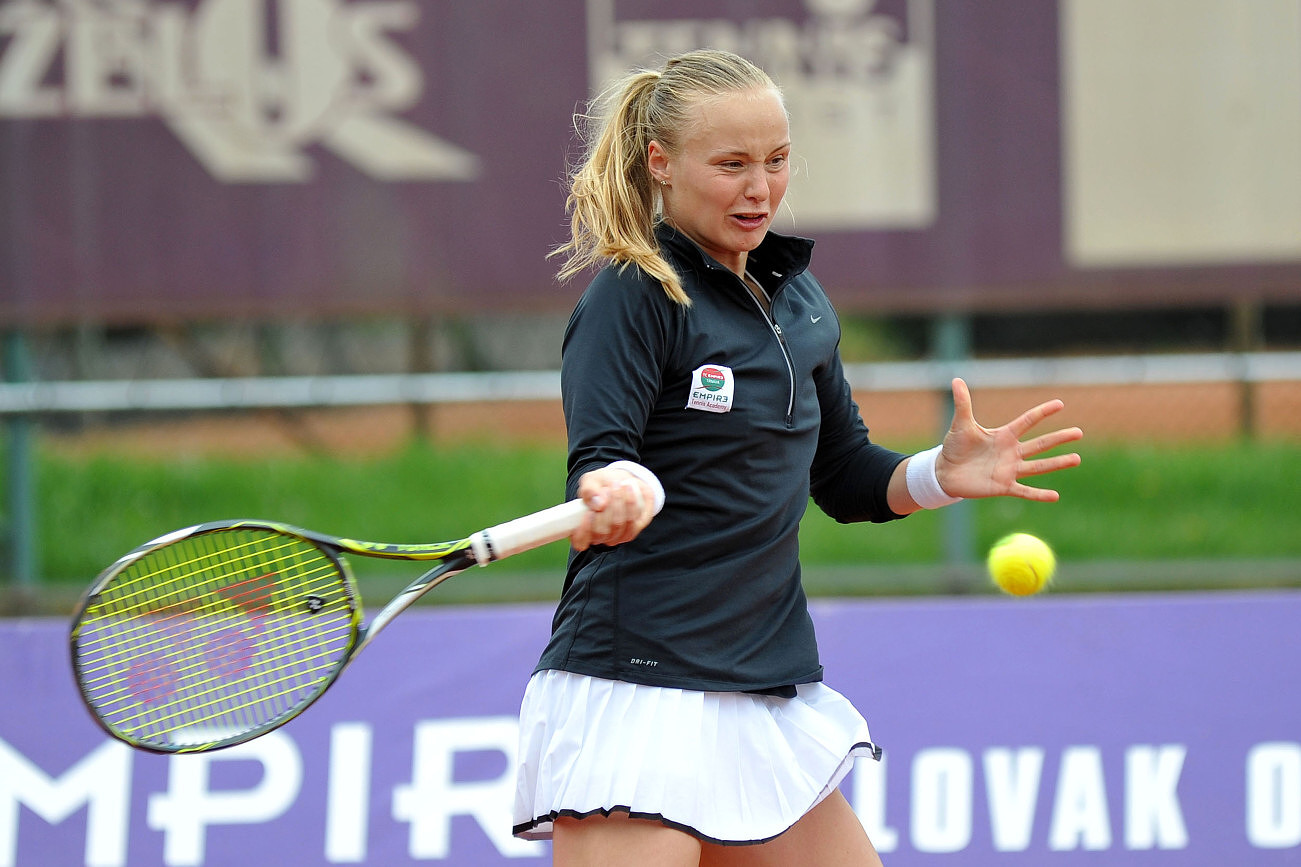 Rebecca Sramkova (19) got forwarded to eight-finals of singles at the ITF EMPIRE Slovak Open in Trnava (prize money 100 000 USD, clay court). She got there due to her great fight on Tuesday. During the match of the first round, she managed to beat the Czech player Barbora Krejcikova (20) in 159 minutes 4-6, 7-6(6), 6-4.

Sramkova has secured her position in the second round in Trnava, she won’t lose any points. "I promised myself not to lose and started to present my game. I started to feel very nervous; I could not hold my serve. In the second set, my opponent improved her serve, and it was a moment when I completely lost my confidence. Then I managed to serve very well in one or two games and I changed the course of events," says EMPIRE Tennis Academy member Sramkova. She also admitted the qualities of her opponent. "She plays in man’s fashion, she serves with kicks and I was not able to follow it. She changes the speed of the play very often; she uses slices, volleys and spins."

Now the 304th WTA ranking player Sramkova has managed to defend her points in the second round in Trnava, so this victory is extremely important for her.

"Barbora is a very good player. In fact, two weeks ago she managed to beat Dominika Cibulkova in Prague. She has experiences with the bigger tournaments. I was defending my results from the last year: three rounds in qualifying and a successful round in a main draw. To lose points in the middle of the season would not be the best," says Sramkova.  Krejcikova is coached by the famous Czech player Jana Novotna, the Wimbledon Champion 1998.

Mihalikova had to surrender to the top player

In the first round of Tuesday session, Lenka  Jurikova enjoyed a magical victory: she managed to beat a 19-year-old American player Louisa Chirico, the No. 76 in the world rankings. Last week, Chirico managed to get into the semi-finals of the WTA Premier Mandatory level on the clay court in Madrid last week when she managed to won only two games against Dominika Cibulkova. Now, she could not beat another player from Slovakia.

The first seeded player at the tournament, Magdalena Rybarikova, did not complete the singles match with another Slovak player, Viktoria Kuzmova. At the result 2-4 in the first set, she had given up the match due to the knee injury that made it impossible to continue. Therefore, Kuzmova will fight in the second round with a winner of the match Marketa Vondrouova – Anna Tatashvilli.