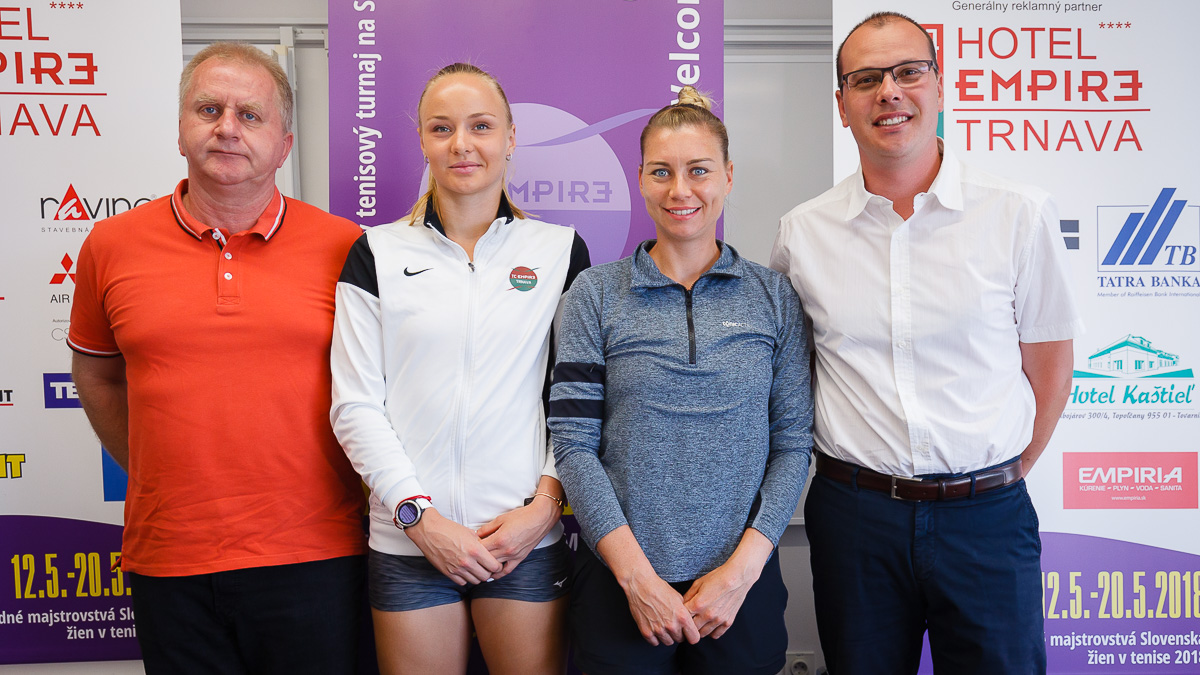 Former world No. 2, Wimbledon and US Open 2010 singles runner-up, bronze medalist at the 2008 Summer Olympics in Beijing or 2-times Grand Slam Doubles & Mixed Doubles winner.  Vera Zvonareva (33) from Russia is one of the best players who has ever participated at our tournament.

Have you ever played in Slovakia before? Why did you choose to play at our tournament?

"I only played once in Slovakia. And it was a very long time ago, probably a junior tournament U14. I’ve heard that the tournament is very well organized, and it fits my schedule well. So, I’m looking forward to competing in Trnava! I’ve heard that the EMPIRE club is very nice, and all the perfectly equipped facilities provide all the necessary needs for the training of the best athletes."

"When I started playing on the tour, Janette Husarova and Daniela Hantuchova were playing. Later Dominika Cibulkova became one of the best players on the tour. I know her pretty well and we played doubles in Doha this year."

"Nowadays I train in Moscow because my family lives there."

Why do you like tennis? What do you think is so interesting about this sport?

"I like the game itself. It is a very competitive sport but also very challenging, mentally and physically."

You were No. 2 in the WTA rankings in 2010. How do you remember this part of your career?

"Great memories for sure. Being able to play on the biggest stages of the world in front of the big crowds is a huge honor."

You played in the singles final of Wimbledon and US Open in 2010. How was it? If you could choose to win any of the grand slam tournaments which one it would be?

"The experience was great even though I lost twice in the finals. I don’t think I could choose one... really. Any Grand Slam title is a great achievement."

You won 12 singles WTA titles. What is the most precious WTA singles title for you and why?

"It is a very though question. Behind every title, there is a tremendous amount of work. I cherish each of them."

You didn’t play tennis from April 2015 to 2017. How difficult was it to come back to tennis after your daughter Evelina was born? Do you travel with her to the tournaments?

"It wasn’t easy because I also had some injuries along the way. But I still love the game. My daughter is getting older now and growing very fast. I think I will be able to travel with her once she gets a little older."

The member of EMPIRE Tennis Academy in Trnava Tereza Mihalikova from Slovakia played against you at the ITF tournament final at Egypt last year. How do you remember the final?

"It was a very tough match and she is a great player. Since I came back, it was only the second tournament for me, but it was great to be able to compete again."

What is your main goal in this season?

"My main goal is to stay healthy and play as many tournaments as I can. And try to get back to that level of tennis that I still believe I can play."

You have graduated from the Russian State University of Physical Education with a degree in Physical Education. And you have studied for a second degree in international economic relations at the Diplomatic Academy of the Ministry of Foreign Affairs in Moscow. Why did you attend these universities?

"I always liked to study because I wanted to work on myself off the court as well. It also helped me to forget about tennis for a little while and to think about other things than those yellow fuzzy balls all the time."

What are your hobbies?

"Nowadays, it is babysitting my daughter. She is so funny now!"