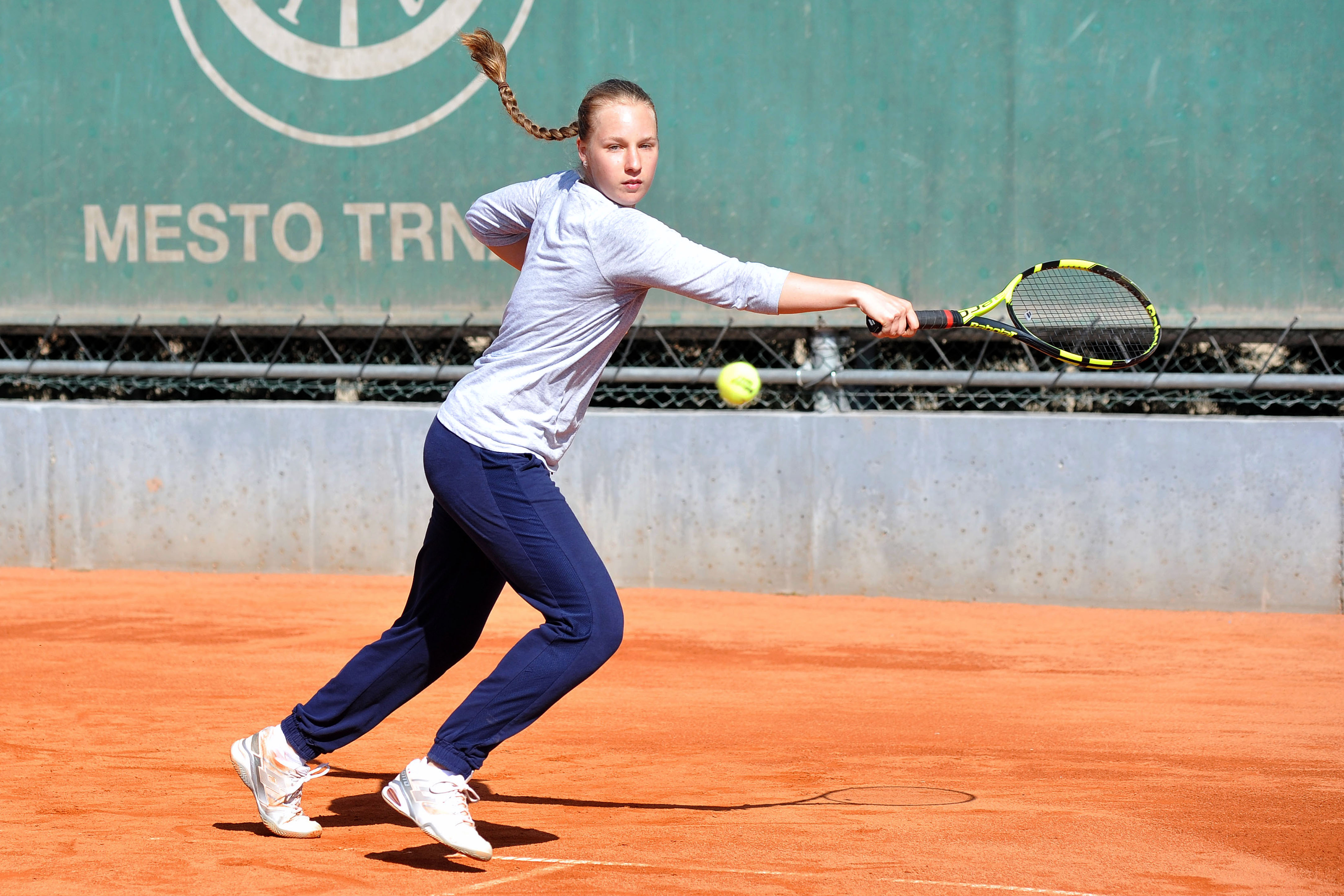 Anna Blinkova, who plays at the EMPIRE Slovak Open tournament, is the Russian member of the EMPIRE Tennis Academy, which is situated in Trnava. She is No. 115 in the WTA rankings what is close to her career record (No. 113). The 2016 ITF Junior Masters women’s champion cooperates with coach Mislav Hizak in Trnava.

Anna Blinkova has not been satisfied with her tennis season so far, but she is working to reach more. "I haven´t been very satisfied with my season so far because I think I could go further in certain tournaments. But I’m working hard, and I hope it will bring good results," said Russian player.
She won the singles ITF 60K title in Croissy-beaubourg, France at the end of March 2018. How important was this triumph for her? "Of course, I’m happy to win any tournament because I didn’t win a tournament in singles for long time and I wanted to get this feeling again. I also like to play in France very much, that’s why this title was so important for me," she added.
Anna works with Mislav Hizak, who is the EMPIRE Tennis Academy coach. "Mislav helps me a lot to improve my tennis level, we are working on techniques, tactics and psychology and we have very good relationship," Blinkova revealed.
For the Russian player, it is always a great pleasure to come to Trnava. "I feel like home here and I have many friends here. I spent the pre-season in Trnava, then I practiced in Paris and sometimes between tournaments I had a possibility to come home to Russia for a few days. When I practice in Trnava, I don’t play tennis only, but I love to walk in the old city. My favorite thing is to visit the Christmas Market and to buy gifts for my family and friends. Last year I visited the Trnava Theater and watched the spectacle “Oblomov” by the Russian writer Goncharov. It was amazing!" said Blinkova who wants to compete at the higher level as soon as possible.
"My goals are to compete in Grand Slams, WTA Premier, WTA International, to improve my game and to move forward," Blinkova concluded.