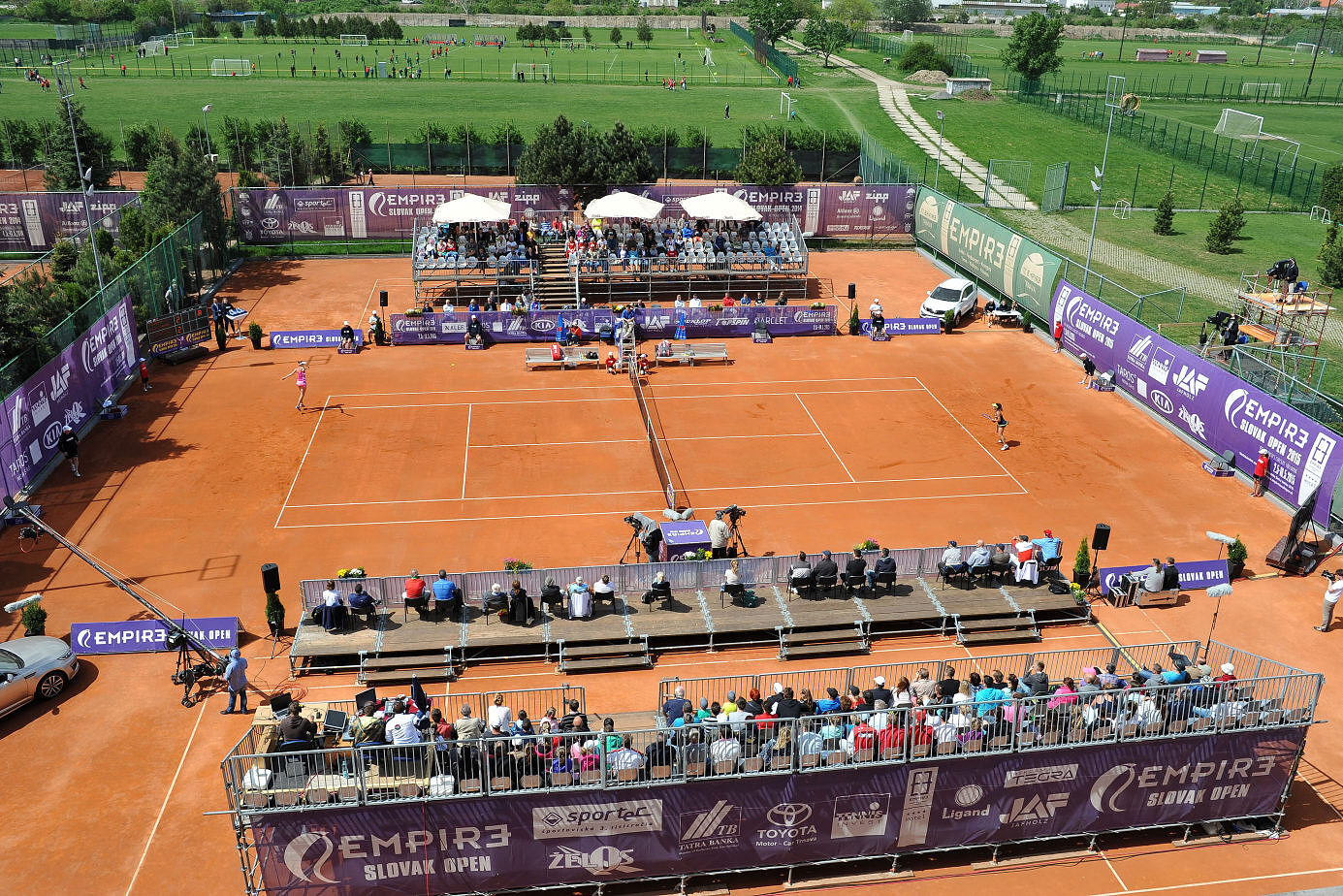 Players in great form in recent days and weeks signed up for biggest women’s tournament in Slovakia EMPIRE Slovak Open 2016. Together with number of Slovakian players, they will highlight the quality of the clay event in Trnava based TC EMPIRE tennis club. Total prize money of 100 000 USD, tournament begins on May, 7 and the singles final is scheduled at 11:00 on May, 15.

Amongst the star players coming to Trnava is only 19 years old American Louisa Chiric. Recently she eliminated 14th seed Serbian Ana Ivanovic at WTA Mutua Madrid Open in Spanish capital. First Turkish player to win WTA tournament in April 2016, Cagla Buyukakcay also signed up for the tournament. She beat last year’s winner from Trnava in final in Istanbul Danka Kovinic. “EMPIRE Slovak Open 2016 features some great names. Four players from TOP 100, almost all the players in the main draw are from TOP 150 and number of star Slovakian players. I would like to invite all the tennis fans to come and support their favourites next week in Trnava,” said tournament director Miroslav Hlavna.

Three Slovakians in the main draw, including Rybarikova

At least three Slovakians are in the main draw of the tournament according to their ranking – Magdalena Rybarikova (quarterfinalist in March in Indian Wells), Kristina Kucova (quarterfinalist in Istanbul) and Jana Cepelova. Some more Slovakians can look forward playing at ESO 2016, receiving the wild cards from the LOC, their names will be announced on Thursday, at the official press conference.

Currently 123rd player in the ranking Jana Cepelova did not hesitate a minute to sign up for the tournament. “I have chosen to play in Trnava, because I would not have even got to play qualies for WTA in Rome. EMPIRE Slovak Open is close, it feels like home. I think players at the tournament and its´ organization is on a very high level,” added Cepelova. Coached by Martin Zathurecky, it will be fifth appearance of Janka Cepelova in Trnava. She played twice in the doubles final.