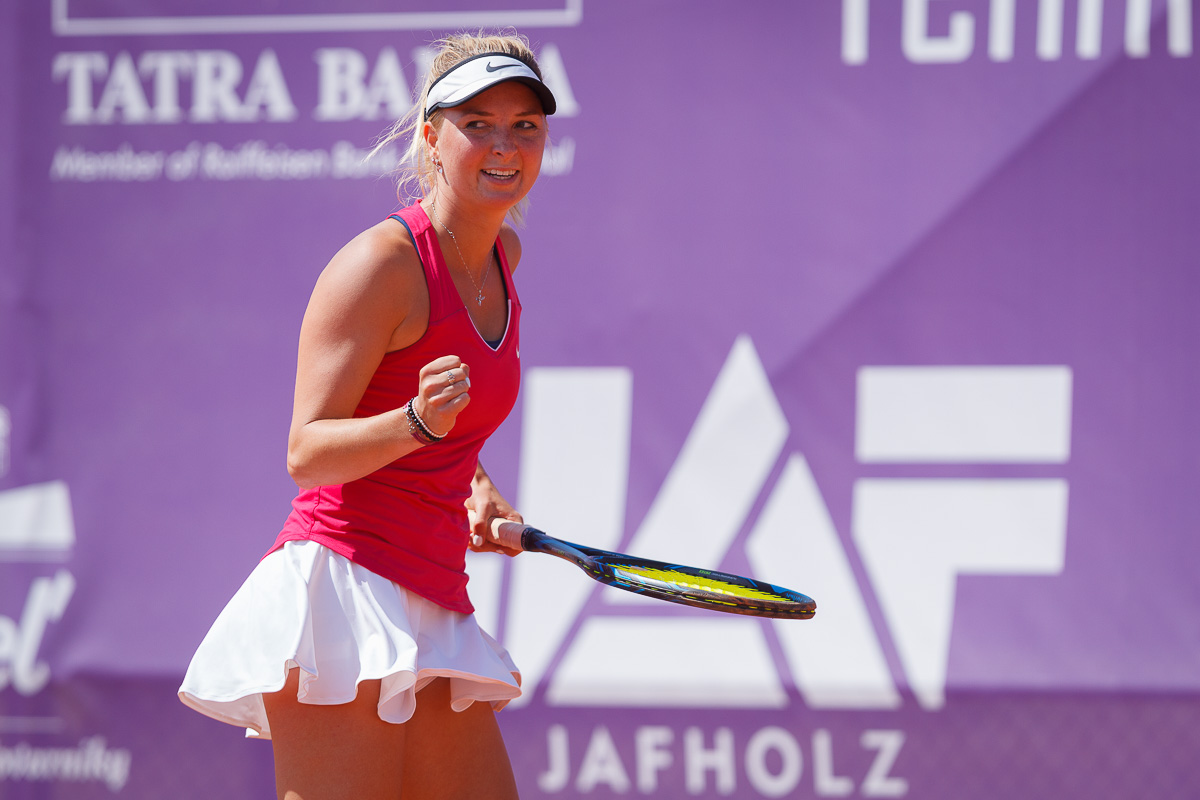 Juhaszova (number 459 at the WTA rankings) overwhelmed today in the qualifying finals number 4 seed and number 202 in the WTA Claire Liu (USA) in straight sets 6:2, 7:5. "I played really well today, I saw lot of spectators watching this match which is not very usual for the qualies. They encouraged me and really helped me a lot. It was really easy in the first set, I played really fast balls that did not suit her. She was moving well and played exact balls. But I think when I played my own game of attacking, she did not have much to play against," summarized Vivien Juhaszova.

Juhaszova coached by Martin Durdik wanted to have a look at her opponent’s yesterday’s second round match but finally she decided to have a rest. "I was too tired to watch the match. But I got tactical hints from Mr. Platenik. I knew what are her weaknesses and what to play at her.“

Juhaszova joined other Slovak players in the first round: Schmiedlova, Kuzmova, Sramkova, Mihalikova and Stara. She will face Victoria Golubic of Switzerland in the main draw first round.  "I don’t mind who I face in the first round, I can play a good match with everybody. I certainly did not expect to qualify. If someone told me this before the tournament, I certainly would not believe it. I missed 4 days of practice before the tournament. But maybe this helped me not to feel pressure and I played with ease," added Juhaszova.

Second Slovak player who played on Monday was Tereza Mihalikova, who lost in two straight sets to Kurumi Nara of Japan.

Last match of the day featured Veronika Cepede-Royg (PAR) and Kristie Ahn (USA), last years finalist from Paraguay finally defeated her opponent in three sets 5:7, 6:4 and 6:1 in 2 hrs and 9 minutes.