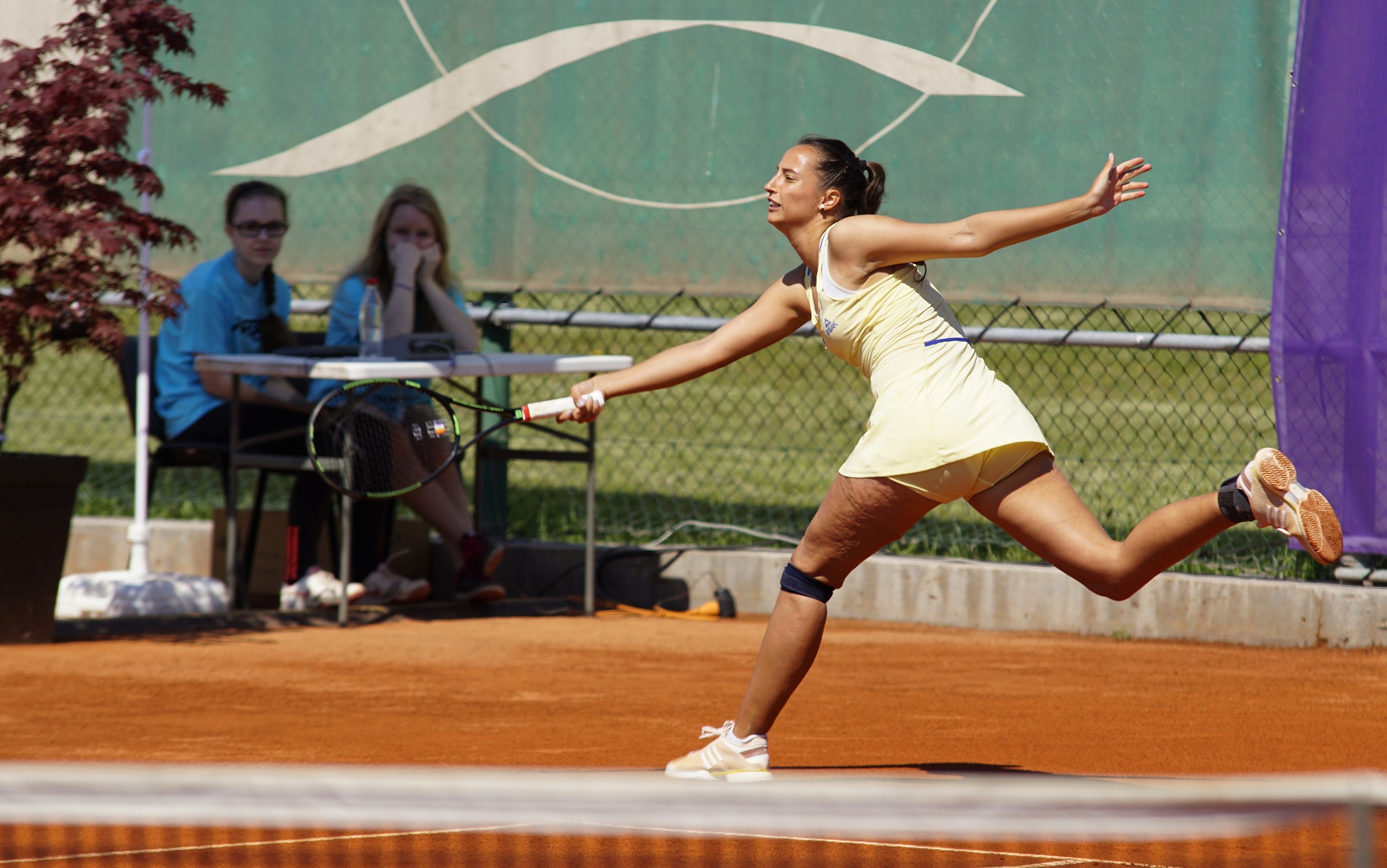 Lenka Jurikova just like a year ago, advanced into the singles main draw at the clay court of ITF EMPIRE Slovak Open 2016. Now, in the qualifying final, she has beaten the first seeded Arantxa Rus from Netherlands 3-6, 7-6(5), 6-3. Kristyna Pliskova advanced into the second round of the above mentioned match.

The player from Bratislava, Lenka Jurikova, managed to won three qualifying matches. First, she was able to beat the Belarus player Lidziya Marozava 6-4, 6-4, then she won the match against the Slovak player Sandra Jamrichova 3-6, 6-1, 6-1, and finally, she also managed to beat Arantxa Rus.

"I went to the match to have a great play. But I secretly believed I could win, as my performance had improved recently. In the first set, I lost 0-3, but all the gems were very narrow, so I stayed confident. In the second set, I played better, and in the third one I had really good performance. I fought again, trying to reach the same thing as I did last year: to be forwarded into main draw," she said after the qualification finals.

Jurikova might also become an advisor of the Slovak Fedcup, as Schmiedlova and Rybarikova had lost the match with Rus last year on the clay court. "I knew that, I had seen few of her Youtube videos to understand the tactics. I have also seen the video of her Fed Cup match against Magda. But that‘s the way it goes in tennis, each match is different," the 586th world player smiles at the end. Jurikova is training in the LOVE 4 TENNIS Academy in Bratislava.

Pliskova, Siniakova and Vondrousova have advanced

The fifth seeded Czech tennis player Kristyna Pliskova has been successful in the first round of the EMPIRE Slovak Open, as she managed to beat the Spanish player Silvia Soler Espinosa in 56 minutes with results 6-2,  6-1. "I played too fast for her, she wasn‘t fast enough. If I play this way, it is usually problem for girls. She didn´t have time for her lifts. If she had got to them, she‘d have got me running. I don‘t have the best movements at the clay court, so it would have been quite bad. I felt quite well while playing,  I still feel I can have a good play. Singles are fast here and that‘s good."

Only 16-year-old junior player Marketa Vondrousova managed to get qualified during the three rounds. In the finals, she could beat the Bulgarian player Tomova 6-4, 6-4. In the main draw, she fought against the American plsayer Anna Tatishvili. Katerina Siniakova was also successful. In the first round of main draw, she won the match against the Russian player Polina Leykina 6-4, 6-1.