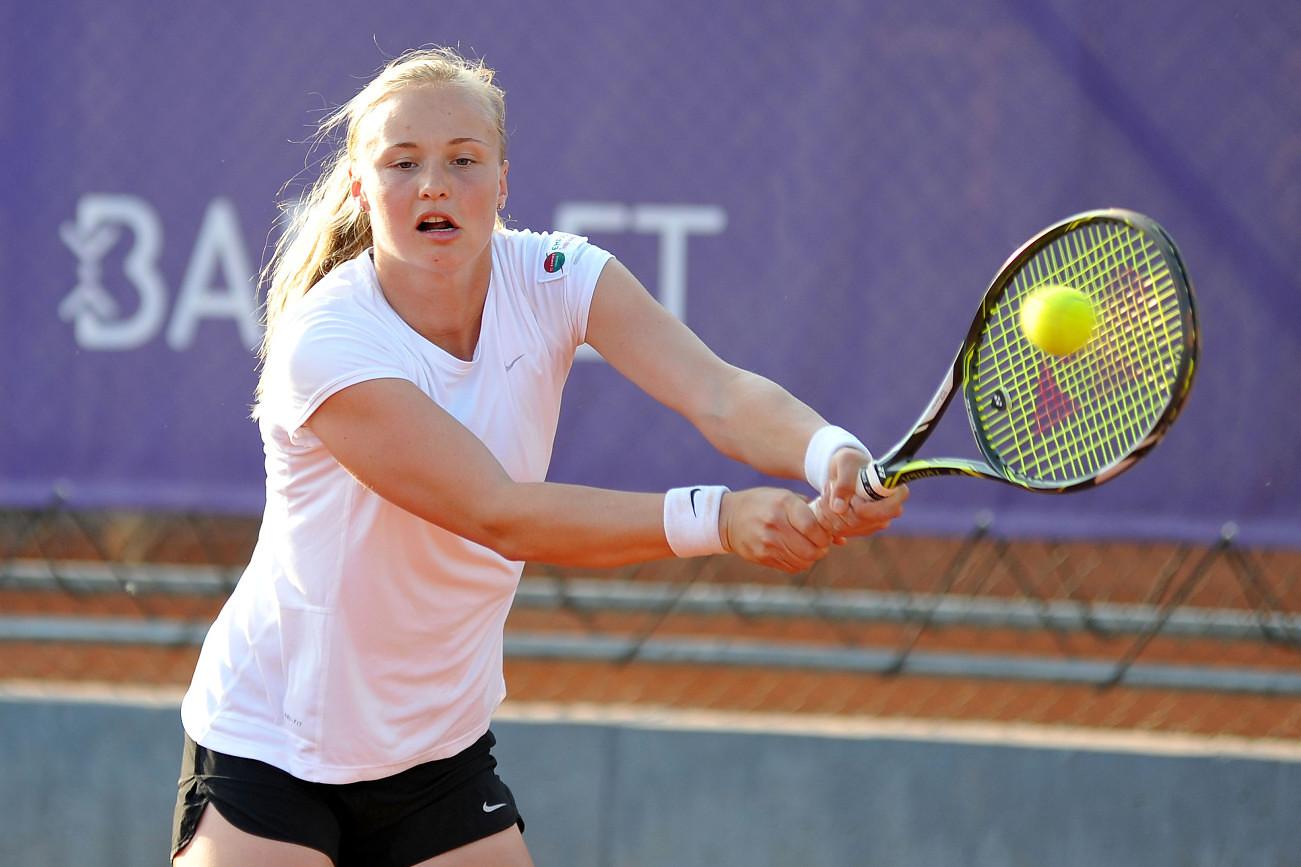 Rainy Thursday allowed only two singles matches to start at EMPIRE Slovak Open 2016. Rebecca Sramkova was successful in 2nd round on the centre court, beating Jana Cepelova 7-5, 4-6, 6-3 and advanced to the quarterfinal.

Sramkova commented on the beginning of her second round match, that she needed to get into the rhythm as always at the bigger tournaments.  "Janka was the favourite of the match, she played really well. I got used to her game and I started to be more and more successful. I started serving well. I was very nervous in the second set, it was very slippery. I quickly made a break in the third, I was very calm," said Sramkova. She was very confident about herself. "I believed in myself. We played together at trainings; I won some sparings with her. I was self-confident."
Sramkova did not want to reveal her tactics. According to her words, it was not so much Slovakian derby for her. "It was more a match between two Slovakian clubs – between NTC and TC EMPIRE Trnava. That was more significant," commented player, who is on loan at Trnava club and won the title with the club. She is a member of local EMPIRE Tennis Academy. Cepelova trains in the National tennis centre in Bratislava.
Sramkova is happy to be in quarterfinal, and after she will be awarded with 25 points into the WTA ranking, she will move up. Only 19 years old wild card holder Sramkova will receive at least 2533 USD brutto and 25 points into the world ranking, where she currently No. 304. "It will be my career highest ranking. It does not change my plan. I will play two ITF tournaments in Italy after this."

Sramkova beat Czech Barbora Krejcikova in Round 1 after coming back from two match points. Krejcikova has beaten recently Dominika Cibulkova in Prague, reminds us tournament’s website. On Friday in the quarterfinal, Sramkova, coached by Jozef Sramka, will play the winner of Viktoria Kuzmova (SVK) – Marketa Vondrousova (CZE). TC EMPIRE Trnava player Sramkova already made her best result in Trnava, after last year’s elimination in Round of 16. A year ago Sramkova lost against Czech Denisa Albertova 7-5, 3-6, 4-6 after making her way from the qualifying.