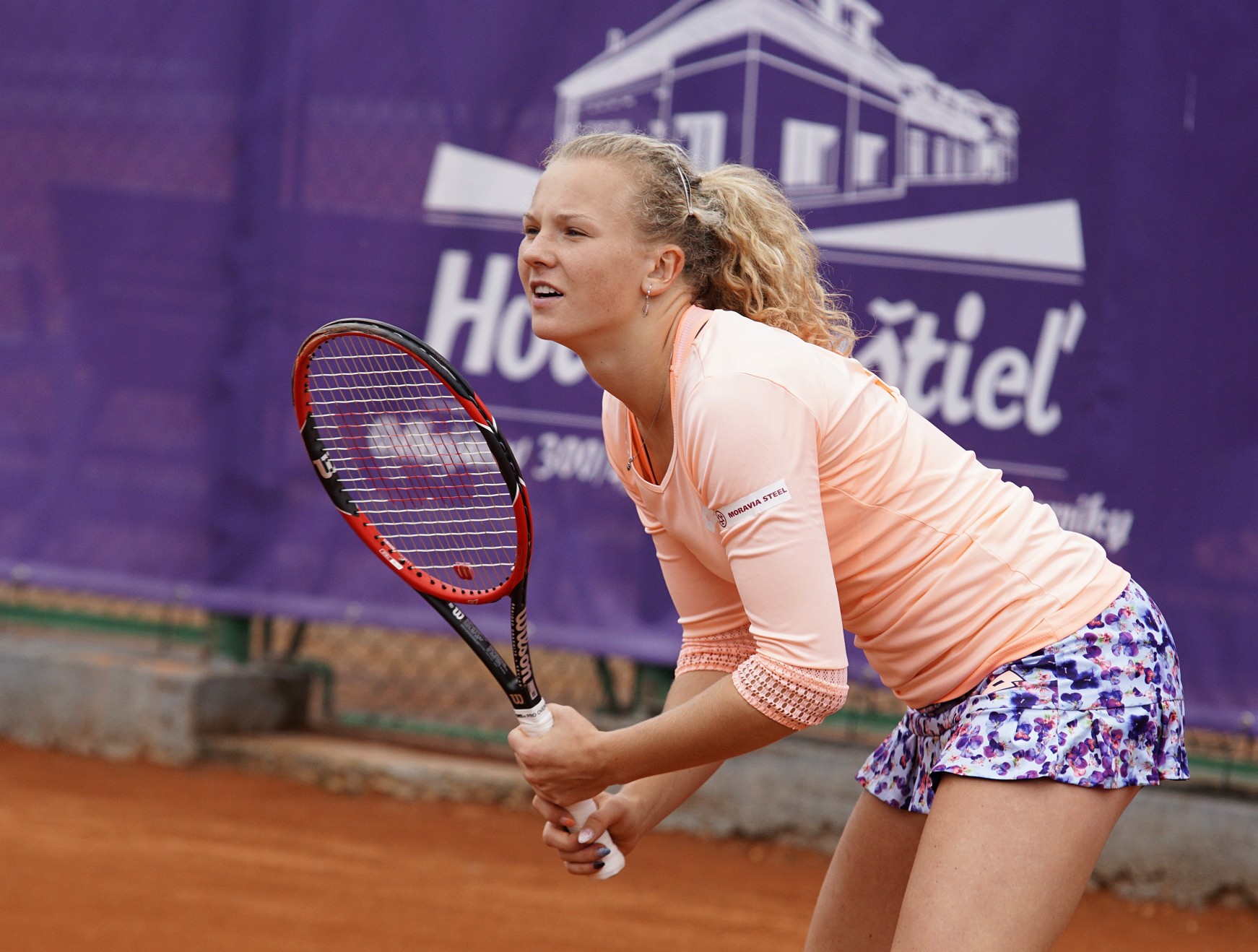 Katerina Siniakova (20) advanced into the ITF EMPIRE Slovak Open 2016 in Trnava after beating Zarina Diyas (22) from Kazakhstan in three sets 6-3, 0-6, 6-4. In the first semi-final on the centre court, Latvian Sevastova beat home player Rebecca Sramkova 6-1, 6-3. Final is scheduled for Sunday at 11:00 am.

Sevastova reached the final in Trnava after four years, winning the tournament in 2012. This year, she eliminated suprise of the tournament, home wild card holder Sramkova. "I am very tired after today‘s match. It went completely wrong today. I was nervous facing Sevastova. She is more experienced," commented Sramkova after the semi-final.
Sramkova eliminated Czech Krejcikova, then Slovakians Cepelova and Kuzmova. She will be rewarded with 50 points into the WTA ranking for being amongst best four. "Draw was good for me, next week I should be around 250th place in the ranking. I would like to play Wimbledon qualification. I still have one tournament to play in Italy, we will see how I play there. I am happy for those 50 points. I would like to reach top 150 until end of the year, to play next year regularly grand slam qualies," added Sramkova.

Siniakova had a tough match, she was up in third set 3-1, then she was loosing 3:4 when the match was interrupted by rain. "It helped me a little bit, I had some rest. I am happy to show a nice come back. My opponent play well, she changed the rhythm of her strokes, played diffcult angles. I tried to be the initiative one. The faster you play, the faster she returns the balls. I won our last match in China, I was more confident," described Siniakova.
"I will try to do my best tomorrow. I know Sevastova well, we meet each other often at tournaments. I did not play with her though, but I think I can manage against her," concluded Siniakova.