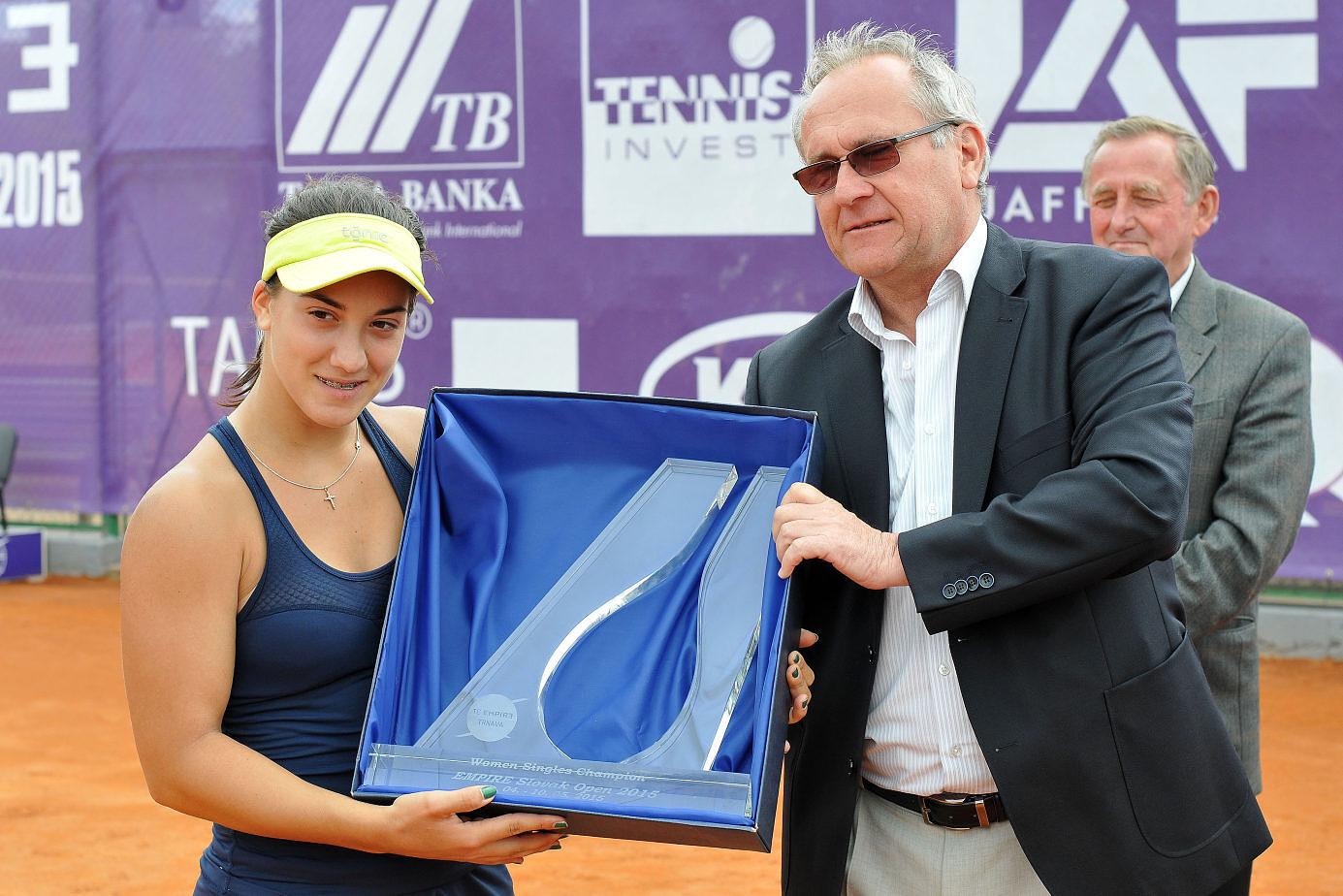 We are delighted to welcome you all together with my colleagues at TC EMPIRE club at 8th edition of international women´s tournament EMPIRE Slovak Open 2016.

Tournament together with its program, additional events offer not only very good tennis but also further options to spend pleasant days in our tennis club. Small children and fans of tennis also find fun ways to enjoy a beautiful day with their parents, which can take a good rest and enjoy good fun, which tennis brings.

For us it is a real boost that many players are gladly returning to play in Trnava year after year and they are looking for options to spend time in our club even in between the tournaments to prepare for their season´s highlights. For us it is priority to make environment, which warmly welcomes all the players and make them feel comfortable for their tennis improvement.

This year is very special, because we have altogether six Slovakian players in the main draw. Magdalena Rybarikova, number one seed, Jana Cepelova, Kristina Kucova, Rebecca Sramkova, Tereza Mihalikova and Viktoria Kuzmova. It is also motivation for our fans to come and support our girls from the stands.

Importance and attendance at the tournament makes us feel priviliged but also responsible for the organization of this tournament, representing Slovakian tennis as a whole. EMPIRE Slovak open 2016 has this year prize money of 100 000 USD. I would like to thank all the partners, which enable us to organize such big event in our club, biggest clay tournament in Slovakia. I would like to praise great people working in the TC EMPIRE club, who are giving their best into organization of this tournament.

EMPIRE Slovak Open 2016 is attended by fantastic players. Four players from TOP 100 of WTA ranking, almost all the players in the main draw are from TOP 150 and participation of Slovakian players adds value. I would like to warmly invite all the fans of our beautiful sport to come to Trnava to support their favourites and see amazing tennis.