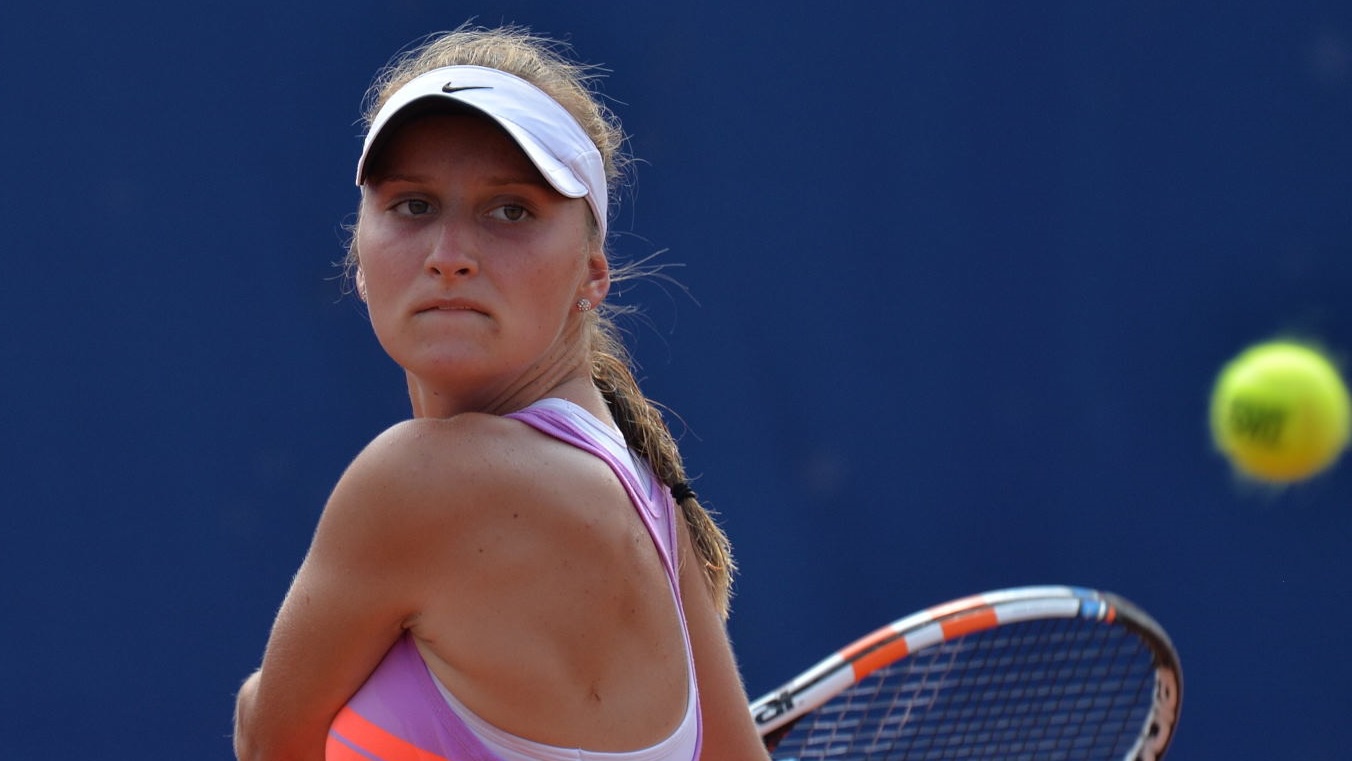 Viktoria Kuzmova lost in wednesday’s second round to Heather Watson 6:4, 5:7, 3:6. That means Slovakia lost its last player in singles competition. Slovak was 6:4 and 4:2 up in the second set but even this was not enough to win.
"Overall I was playing well, I think I could have won the match. I am especially sorry for the end of the second set when I had the opportunity to end the match and I could not make it. I think in the third set my opponent started to make less mistakes and I was making them instead. I was playing a bit more relaxed today than in the previous match, but it did not work out," added Kuzmova to her performance.

The EMPIRE Tennis Academy member Ons Jabeur has defeated qualifier Antonia Lottner in two straight sets 7:6 (4) and 6:3.
„It’s like my second home here, with all the people I know in the hotel and in the Academy it is a honor to be here. It’s really good facilities here I came here fist for a few weeks I tried it and I liked it very much, people are really nice here. And I knew Vladimír Pláteník from before so it helped me to come here. And also would like to practice with Maroš Molnár, the fitness coach, he is a little bit crazy but it’s worth it. I am really happy in Slovakia,“ smiles Ons Jabeur, who is being coached by Mislav Hizak of Croatia.
She will face in the quarterfinals third seed Russian Jekaterina Alexandrova .
„This is third I play her this year, I played her actually in China two times at two tournaments, I won once, she won once, before she won twice, so it’s gonna be tough, last match I remember was very very tough, I was almost bleeding at the end, but it’s gonna be interesting match for sure,“ continues Jabeur, still smiling.
Although number 108 in the WTA, Ons Jabeur has got more than 500 000 fans on Facebook.
„Tunisia is really small country so if there is any player, if they have someone from Tunisia doing any kind of sport they support him a lot. Since junior Roland Garros 2011 they started to follow me and especially next week at French open I am expecting lot of Tunisian there, if they do not come I will be disappointed,“  adds with a grin Ons Jabeur.